Our building will remain closed for usual functions until further notice.

Please look in the "News" section of this website, check your email, and check Facebook for regular updates about how to take part in events electronically if in-person events are not available. Staying connected in this way will be helpful in these times. 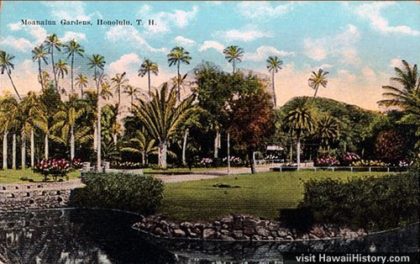 Unitarians in Hawai’i first came together in a lay-led fellowship founded by Rosemary Matson and Ruth Iams in 1952. The fellowship grew into a congregation that became a church with a minister in 1957. Some of the founders continue their active participation in the First Unitarian Church of Honolulu today.

The Church has been active in social justice issues from the beginning, with Rev. Gene Bridges marching from Selma to Montgomery with Rev. Dr. Martin Luther King, Jr. during the Civil Rights Movement. The attic of the Church became the sanctuary for famed atheist Madalyn Murray O’Hair. Members of the congregation became founding members of American Civil Liberties Union Hawai’i, Planned Parenthood Hawai’i, League of Women Voters, Meals on Wheels, and Faith Action for Community Equity (FACE).

U.S. President Barack Obama attended Sunday School at the First Unitarian Church of Honolulu, as mentioned in his book “Dreams of My Father.” His Grandmother’s memorial service was held at the church in 2008.

Below are links to PDFs of publications celebrating our community.

The 60th Anniversary Booklet
tells the story of the history and growth of the First Unitarian Church of  Honolulu.

The Women’s Heritage Project tells the stories of members who were instrumental in building the Unitarian presence in Hawaii and beyond.